The choir’s original aim was to promote European choral music with a repertoire spanning at least five centuries. It started out predominantly as an a cappella group, performing both sacred and secular music. Over the years, the choir has also sung some larger works by composers such as Bach, Beethoven, Mozart and Handel, often with a small orchestra and soloists. 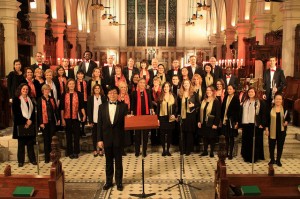 The choir holds its popular Christmas concert in St. John’s Cathedral and for its Spring concert  the venue varies. We are known for singing a mixed repertoire: from madrigals, world music to Mozart -a capella or accompanied. 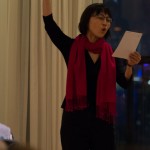 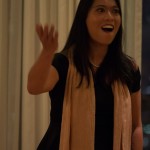 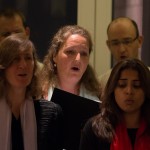 We have many choir members who have sung with us for at least eight years – they are a loyal bunch! One choir member, Judy Butler has been with the choir for over thirty years – she is very much the choir matriarch. We are also very grateful to Kent Lee our wonderful conductor from 2012 to 2018.  From Christmas 2018 we are conducted by Andrew Leung. 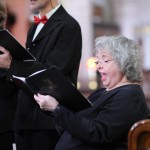 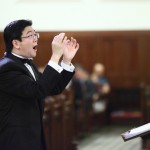 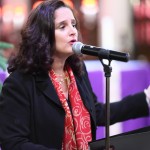 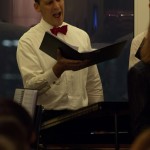 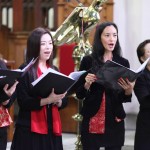 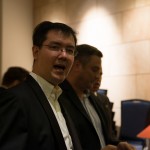