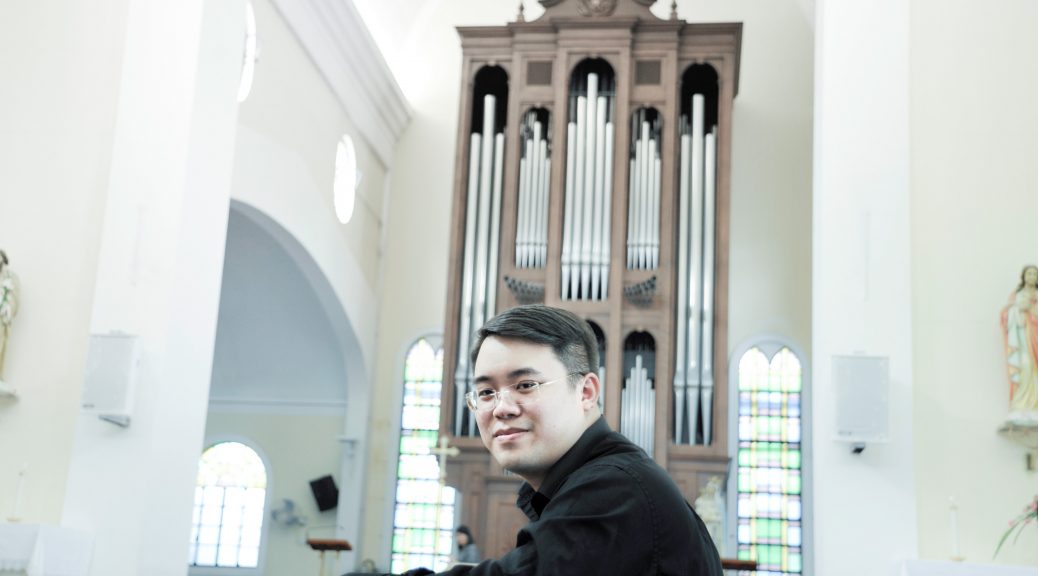 Andrew Leung, baritone and organist, is an active conductor in Hong Kong. He earned his degree in sacred music from Franciscan University of Steubenville, USA. He studied vocal performance
under Jessica Ewell, Alanna Keenan and Christopher Warwick; he also studied organ and conducting with Nicholas Will and Paul Weber. He has also been instructed in choral conducting by world-acclaimed masters from England, the US, Italy, Germany and the Netherlands.

Prior to his return to Hong Kong, he served as the organist and choirmaster at the Cathedral of the Nativity of Our Lady, Macau, where he directed the Cathedral Choir and founded the Cathedral Schola of Macau, a semi-professional chamber choir. He has also held similar leadership positions at multiple churches and a monastery in the United States.

Andrew is one of the founders of the Southeastern Chapter of the Church Music Association of America and had served as a faculty member in their annual conferences. He has also been teaching courses and conducting choral workshops for over 200 church musicians in Hong Kong in the recent years.

Andrew is currently the music director of Vox Antiqua, a choir he founded along with a group of dedicated singers aiming to bring quality church music to people in Hong Kong, and the conductor
of the Choir of the Standard Chartered Bank. He also holds leadership positions at a few churches and a monastery. Andrew is an active member of the Choir of St. John’s Cathedral and the Tallis
Vocalis. He has also appeared as a guest singer with Die Konzertisten.